In an annual survey conducted by T+L, readers were asked to rate destinations all over the world according to their activities, sights, natural attractions, beaches, food, friendliness and overall value.

Palawan is the world’s best island, according to NY-based T+L magazine. Photo courtesy of Rosaire Godin/ImageBrief.

Results this week revealed that Palawan clinched the top rank after receiving the highest score among readers at 93.71. This is the second time that Palawan topped the list since it first reached the top spot in 2013.

T+L writer Melanie Lieberman described Palawan as a place where “visitors are greeted with mountains rising out of impossibly turquoise waters, where shipwrecks and reefs make for prime scuba diving and snorkeling.”

“Palawan is every beach lover’s dream destination,” said one T+L reader, who regarded it as a “wonderful and magical place.”

Lieberman also cited Palawan for being home to a five-mile-long underground river considered one of the world’s wonders of nature that visitors shouldn’t miss the chance to boat through its limestone caverns.

Boracay ranked second on the list receiving a score of 90.47 while Cebu ranked sixth with a score of 88.65.

One reader deemed Boracay as “a natural treasure” while Lieberman praised it for one of its top resorts, the Shangri-La’s Boracay Resort, which ranked eighth among this year’s Top Resort Hotels in Southeast Asia.

Another reader said, “There is never a dull moment in Cebu,” claiming that the island was “perfect for travelers who don’t want to spend a lot of money on recreational activities.”

Lieberman named hiking through canyons, swimming with whale sharks, and diving from the top of a waterfall as among the many activities visitors can try in Cebu.

“The Philippines’ predominance shows that discerning travelers are willing to travel great distances for the rewards of clear waters and sugary white beaches,” Lieberman said.

END_OF_DOCUMENT_TOKEN_TO_BE_REPLACED

The Department of Tourism (DOT) celebrates the news that two of our prime destinations – Palawan and Boracay, have made it to Big 7 Travel’s list of the 50 Most Beautiful Places in the World, ranking 8th and 18th, respectively.

END_OF_DOCUMENT_TOKEN_TO_BE_REPLACED 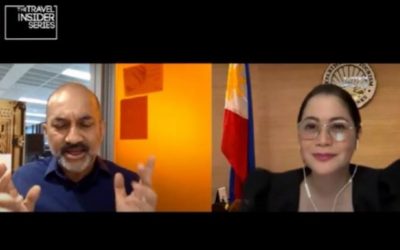 Looking for some #foodie inspiration to try during