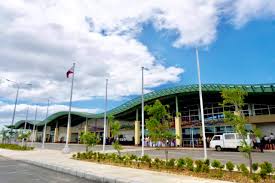 MORE hotel rooms are being built in Bohol as they play catch-up to an anticipated influx of foreign visitors with the opening of the Panglao International Airport.

According to Regional Director for Department of Tourism (DOT)-Central Visayas Shalimar Tamano, three new hotels are currently in construction in the province, namely JPark Island Resort and Waterpark in Panglao (1,100 rooms); Parklane Bohol Resort and Spa in Anda (60 rooms); and, Modala Beach Resort in Panglao (126 rooms and villas).

JPark, he  added, is building a total of 4,000 rooms. It is a branch of the popular Cebu waterpark resort Parklane and Morals, he said, are scheduled to open before the end of 2019. As per JPark, the resort is slated for completion by 2024.

The Bohol-Panglao International Airport was finally opened last November after years of delay, having been approved by the Philippine government in 2003. Funded with a loan of some $124 million from the Japan International Cooperation Agency, the new airport’s passenger terminal can accommodate up to 2 million passengers a year, compared to the 800,000 passenger annual capacity of the old Tagbilaran airport.

According to the DOT, there are 568 accommodations establishments in Bohol, with 7,270 rooms to date. Of the total, 4,485 rooms are on Panglao Island.

While data for 2018 was still unavailable, tourist arrivals in Bohol reached 1.3 million in 2017. The numbers are expected to have been exceeded in 2018 with the six-month closure of Boracay Island.

Allan Santos, general manager of the Bohol Beach Club, expressed optimism over the good fortune that the new airport will bring to the hotels and resorts in Panglao.

“It’s good that we have the airport, definitely, no doubt about it. Before, people would complain how bad the [Tagbilaran] Airport was, but this new airport—it’s air-conditioned, world-class, environmentally friendly, the use [of] solar power, and then the sewerage system is top notch. The old airport before accommodated about eight flights a day, although if something goes wrong, all flights are cancelled. It has served its purpose.”

With the additional rooms being built by the existing resorts, the island will finally be able to cope with the increased demand for accommodations from tourists. He said, one of the reasons some of the larger tour operators don’t want to sell Panglao Island as a main destination is because “we don’t have enough rooms.”

Even large group tours, or incentive travels by local companies, he noted, cannot be accommodated in just one hotel.

“We had a major corporate booking recently, it was a regional convention; almost all hotels were occupied by the guests, but they were split up and distributed in several properties. The hotels were fully booked, and yet the guests still lacked rooms.”

This “lack of foresight” can’t be blamed on the private sector, however, Santos said. “It took four presidents for this new airport to be built. But that’s one of the reasons, foreign travel agents like the Chinese for example, they usually come in with planeloads of people, but they didn’t want to get to that point that they might have a plane full of people landing in Bohol, but they can’t confirm rooms.”

Santos said chartered flights from Taiwan will begin in April; “for sure China will follow. [With the new airport, China can fly in] three a day, easy.” Scheduled international flights, according to the airport’s Japanese builders, may start by June. Air Asia recently announced it was considering flying international routes from Taipei or Macau to Panglao.