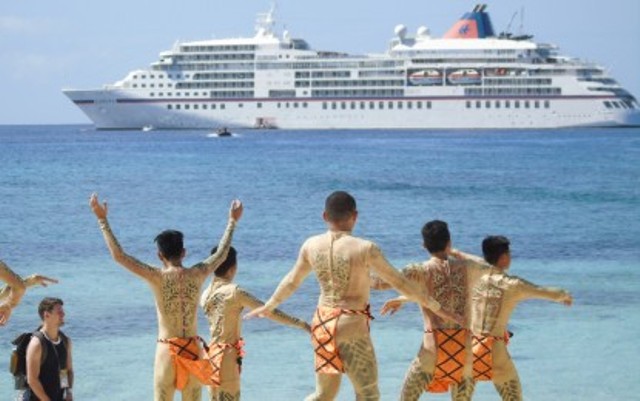 Tiopes said that during their brief stay, the tourists enjoyed the native food and delicacies, strolled the island’s sandbar and snorkeled and swam in its pristine water.

They were also entertained with folk dances like singkil and curacha by the local government unit of Pal­ompon and the students of the Palompon Institute of Technology.

Leyte Gov. Leopoldo Dominico L. Petilla said Kalanggaman, which is considered as the Leyte’s top island destination, has been attracting droves of local and foreign tourists.

The tourism revenue enabled the island to rebound from the devastation wrought by Supertyphoon Yolanda in November, 2013.

Kalanggaman Island is about an hour by boat from Palompon town prop­er. The six-hectare island is considered as one of the most beautiful islands in the Philippines.