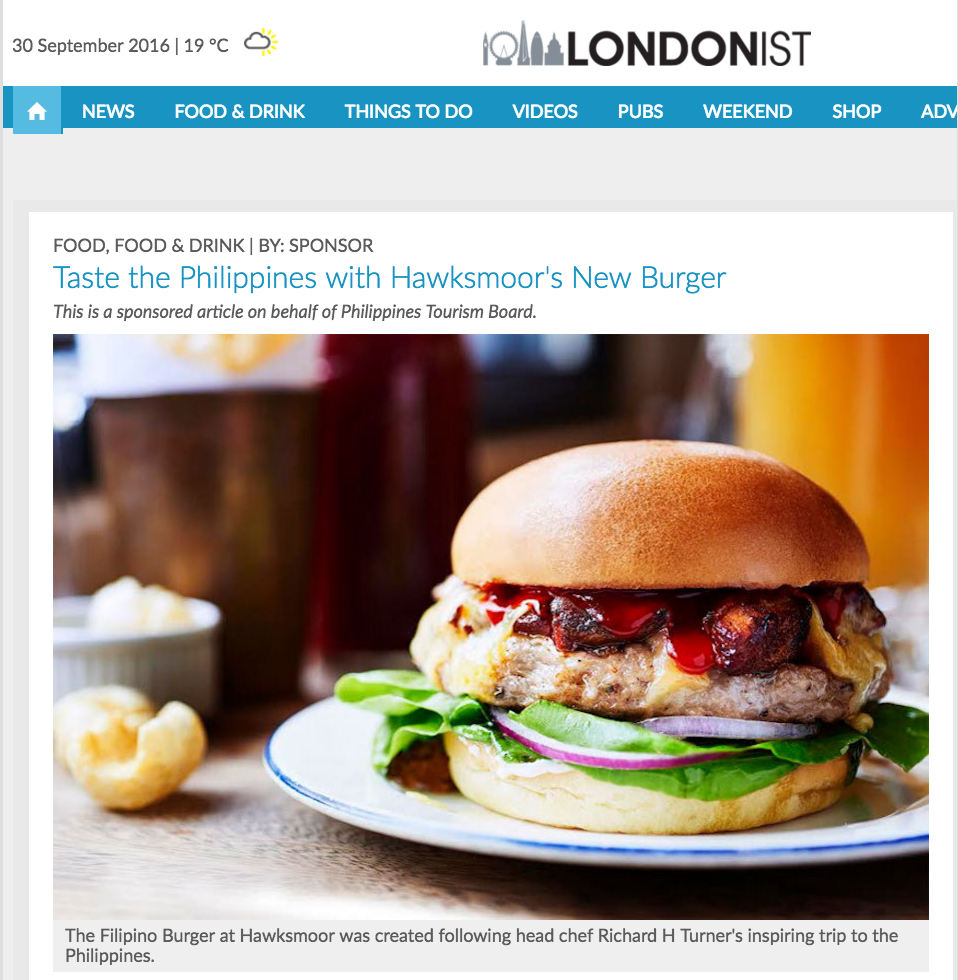 Hawksmoor is undoubtedly one of London’s go-to places if you want a flawless steak or a superb cocktail, but it’s never had international food on its menu — until now. For a limited time, you can experience an exotic taste of the Philippines when dining at two of their London restaurants.

Executive chef Richard Turner, London’s meat maestro and butcher extraordinaire, went on a culinary adventure to the cities of Manila and Tagatay to find inspiration for a brand new burger.

The acclaimed restaurateur feasted his way through the Filipino capital and the stunning surrounding provinces in order to create a very special, limited-run dish, available at Hawksmoor Seven Dials and the Spitalfields Bar.

The results of his trip — The Filipino Burger — will be available at Hawksmoor’s Spitalfields and Seven Dials branches until 13 October, giving you the chance to sample the sounds, sights and smells of the Philippines from Turner’s taste-tour. Think punchy flavours and adventurous combinations — this burger features a grilled pork patty with melted buffalo mozzarella and a sweet and spicy banana ketchup.

On top of that is Turner’s own twist on the Adobo, a traditional Filipino dish of meat stewed in vinegar, soy, garlic and peppercorns. All this is piled inside a brioche bun and served alongside pork chicharrones with a coconut dipping vinegar — essentially a pork scratching, but a far cry from the pub snack we’re all so familiar with.

If you close your eyes, the Filipino burger might just convince you that you are momentarily in the colourful and vibrant island nation of the Philippines, miles away from London. Just the thing to brighten up these grey autumnal days.