‘Bring home a friend’ for the holidays – Teo 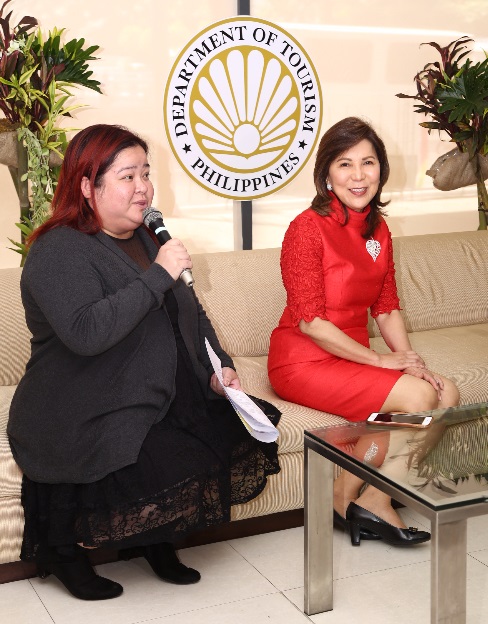 The Department of Tourism (DOT) today said the launching of the new “Bring Home A Friend” (BHAF) program is timed with the onset of the traditionally long Christmas season.

“We would like to close the year strongly for the tourism industry in terms of visitor arrivals and carry the momentum into the coming year,” said DOT Secretary Wanda Tulfo-Teo.

Teo decided to revive the BHAF program implemented in 1994 by DOT under former Secretary Mina Gabor to encourage Filipinos to invite their foreign friends to come and visit the Philippines.

The Filipino sponsors, who either reside in the country or overseas, stand to win an array of prizes, adding excitement to the program that will run for six months from October 15, 2017 up to April 15, 2018.

“This shall be a thrilling experience for us Filipinos, who are known for our genuine hospitality and for celebrating Christmas for the longest time,” said Teo.

Major prizes awaiting the sponsors include a condominium from Megaworld Corporation, a brand new Toyota Vios, and a PHP200,000 gift certificate at Duty-Free Philippines while their foreign guests can win round-trip international flight tickets and tour packages to Palawan, Cebu, and Davao.

To join, the sponsor must duly register via the Bring Home a Friend webpage accessible via DOT’s website tourism.gov.ph. Registration may also be accomplished at BHAF booths soon to be set up at selected international airports in the Philippines.

The number of eligible entries will also depend on the points they earn corresponding to the guest’s country of origin:

Based on the 2015 report of the Department of Foreign Affairs, there are 9.1 million overseas Filipinos. More than three million reside in the United States of America while more than two million are based in the Middle East.

Other countries with large numbers of Filipinos are Malaysia, Hong Kong, Japan, China, Italy, and Australia.
Employees of DOT and its attached agencies and their relatives to the third degree are not allowed to join BHAF.