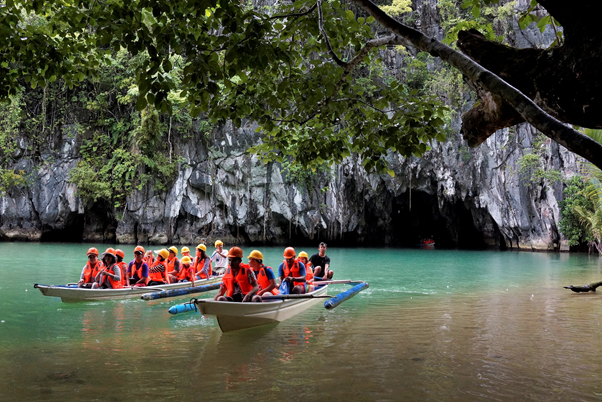 The Philippines’ tourism industry is off to a promising year, as monthly visitor arrivals hit all-time high of 732,506 in January, based on the latest data disclosed by the Department of Tourism (DOT).

DOT officials credited the impressive figure, indicating a 15.97 percent from January last year, to the concerted efforts of “Team DOT,” the stakeholder travel and tour operators, and the ever-hospitable Filipino community.

The figures gathered by the DOT Tourism Research and Statistics Division, Office of Tourism Planning, showed that a significant factor is the influx of Chinese tourists, as well as the continued arrivals en masse of Koreans, still the no. 1 visitor market.

“This welcome news bodes well for the tourism sector and the government’s efforts to boost the tourism industry, which is among the top contributors to our gross domestic product,” said Tourism Secretary Wanda Corazon Tulfo-Teo.

“Last year’s momentum carried over this year with the improved air connectivity via increased flights between Philippine gateways and various airports in major visitor markets, including China, Korea, the United States, Australia and Canada,” added Teo

“Another new route from China that our Route Development Team is working on is the Tiajin (TJN)-Puerto Princesa (PPS). The development of new routes is in consonance with our National Tourism Development Plan’s strategy to upgrade air connectivity from major tourist source markets to the Philippines,” said Teo.

“I am confident that with the combined efforts of the DOT and the stakeholders, we will achieve our 7.5 million target international arrivals in 2018,” said Teo.

—
Travel to the Philippines from UK reached 18,111 in January 2018, posting month-on-month growth by 15% vs. 2017 figures. UK remains as the most important source market for the Philippines in Europe.