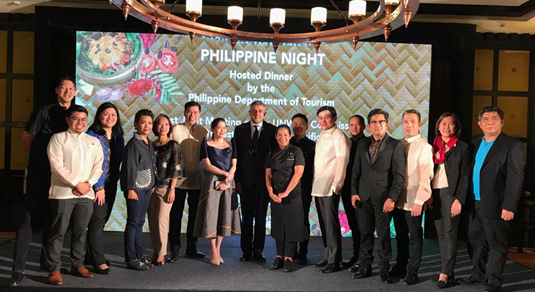 Bhutan – The Joint Meeting of the United Nations World Tourism Organization (UNWTO) Commission on Asia and the Pacific (CAP) and the Commission on South Asia (CSA) supported the Philippine bid to host the UNWTO General Assembly in 2021.  The bid is timed with the celebration of the quincentennial of the world’s first circumnavigation in 1521 which was completed when the Spanish expedition arrived in Cebu.

Tourism Secretary Bernadette Romulo-Puyat, who led the Philippine delegation to Bhutan for the 31st UN World Tourism Organization (UNWTO) and Related Meetings, enthused, “The Philippines is excited to host the UNWTO General Assembly in 2021, primarily to showcase the country’s sustainable tourism programs and actions and secondly, to give importance to the nation’s significant role in world maritime history and to draw highlight to our country’s discovery.”

Bhutan’s initiatives on Gross National Happiness (GNH) in Asia highlighted the conference theme, wherein most speakers talked about their respective programs on GNH. The PDOT, as a member of the panel, shared its intent to review current policies and to put premium on sustainable development as part of the tourism indicators which must go hand in hand with other economic development indicators.

Meanwhile, at the 57th Meeting of the UNWTO CAP, the Philippines was elected as member of both the Committees on Tourism and Sustainability and on Statistics and the Tourism Satellite Account. The inclusion of the Philippines in these committees provides an opportunity not only to sit among other UNWTO Member states but to share its invaluable experience in promoting sustainable tourism development.

The PDOT-hosted dinner at the Taj Tashi Hotel was highlighted by the presence of the Prime Minister of the Kingdom of Bhutan, Dr. Lotay Tshering.

Philippine Delegation to the UNWTO Commission and Related Meetings

The warmly-applauded performance of Ms. Isay Alvarez and Mr. Robert Sena during the DOT-hosted dinner