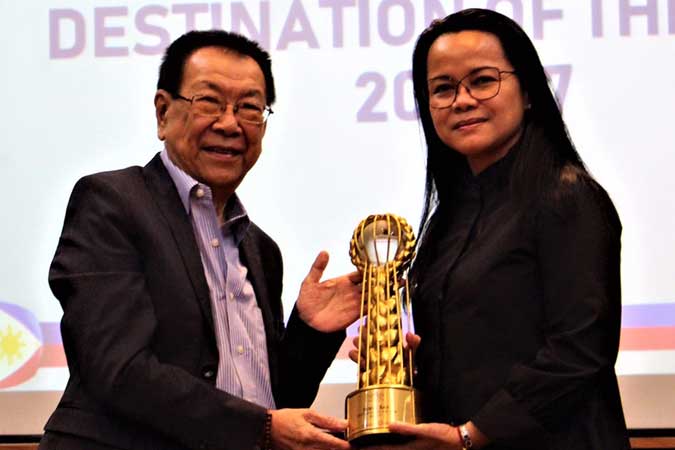 SUBIC BAY, Central Luzon’s top tourist destination, added a feather in its cap with the recent awarding of the “Destination of the Year” by the Philippine Sports Tourism Awards (PSTA).

The second in a row, the Freeport has consistently hosted sports events over the years and has helped position the Philippines as a competitive global sports tourism destination.

“There’s a variety of sports events held in Subic almost every month, and that’s really a plus factor. I hope Subic will continue to keep up the momentum, and we look forward to the nomination again of Subic for this year,” says PSTA chairman Charles Lim.

He added that Subic bagged the award after judges saw the consistency with which prestigious sports events were held in the Freeport.

He also noted that sports tourism is the fastest-growing component of the travel and sports industry.

“The award speaks well of the natural beauty and the unspoiled environment of Subic amid continuous economic development. It means that Subic had successfully harnessed the synergy of sports and tourism to make it to No. 1 for two consecutive years,” she noted.

The SBMA chief also pointed out that Subic won the gold award for best sports tourism destination in the 2017 Sports Industries Awards and Conference Asia (SPIA Asia) held in Thailand, and brought home the bronze award for the same category last year.

It is also home to the annual Subic Bay Around Verde Island Passage Race, which is part of the elite Asian Yachting Grand Prix Circuit, and the Chairman’s Cup Regatta, the biggest assembly of sailboats and aquasports recreation in Philippine waters.

Down the road, it will be the venue of the 43rd National Milo Marathon, the Subic International Marathon (SIM), the National Duathlon Championships, the Black Arrow Express 5150 Triathlon/Sunrise Sprint, and the Trek 100 Challenge-Cycling race.

The Freeport will also play host to some of the sports in the 30th Southeast Asian Games in November, mostly sailing and watersports, where Filipino athletes are expected to dominate.

Eisma expressed optimism that Subic can win a three-peat of the award with the long list of sports tournaments it will have for this year.

The PSTA was organized in 2015 by the Cebu-based Selrahco Management and Consultancy Services, with the support of the Philippine Sports Commission, the Department of Tourism, and the Tourism Promotions Board.