Philippines aims to be top diving destination in SE Asia 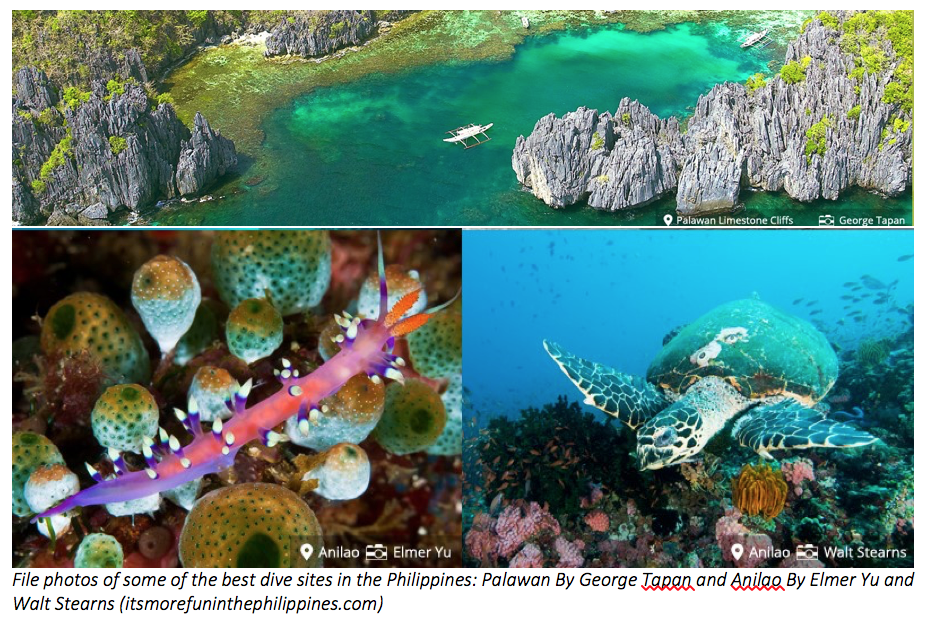 The Philippines, being a center of marine biodiversity, wants to position itself as a top diving destination in Southeast Asia and eventually the whole world, the Department of Tourism (DOT) said.

On the sidelines of the Diving and Resort Travel (DRT) Philippines Show, Tourism Undersecretary for Advocacy and Public Affairs Katherine De Castro said the agency is continuing efforts to promote the country as a major diving destination.

“We want to be the number one in Southeast Asia and then make people realize that there’s more to be seen in the Philippines as compared to the rest of the world,” De Castro said.

Diving is seen as a key driver of growth in the tourism sector due to the country’s diverse marine life and vast coral resources, she added.

To achieve its goal, the DOT expanded this year’s DRT Philippines Show and accommodated more local and international experts and stakeholders in the diving industry.

“We have DRT shows like this because it creates awareness. We invited a lot of well known and well respected underwater cinematographer and photographers,” De Castro said.

“We get all their work out there so when (people) find out the (photos and videos are) from the Philippines, believe me, the scuba divers from all over the world, when they see something like that, it will be in their bucket list,” she added.

These photographers, cinematographers and diving experts are set to conduct a series of seminars on various topics, such as underwater photography, free and technical diving, marine life education and dive safety education and marine biodiversity in the Philippines, throughout the three-day show.

This year’s DRT also included the only dive travel business exchange in Asia. About 100 buyers from over 20 countries visited the Philippines to create linkages and develop businesses with local tour and dive operators.

The participants were also given the opportunity to go to top diving hotspots, such as Anilao, Puerto Galera, Bohol, Malapascua, Moalboal, Coron, Dumaguete, Siquijor and Southern Leyte.