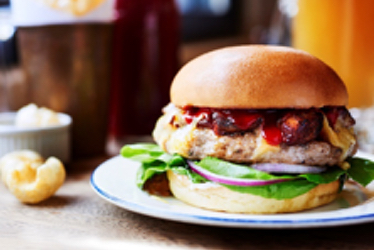 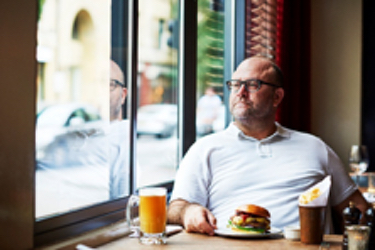 London, 1st September 2016 – Hawksmoor Executive Chef Richard H Turner has spent the last week weaving his way through the vibrant and bustling streets of Manila and the charming neighbouring City of Tagaytay, in search of his latest carnivorous inspiration. The acclaimed restaurateur feasted his way through the Filipino capital and the stunning surrounding provinces in order to create a very special, limited-run dish, only available at Hawksmoor Seven Dials and Spitalfields Bar throughout September and early October.

The resulting Filipino Burger consists of a grilled pork pattie, topped with Richard’s very own take on traditional pork Adobo and Buffalo Mozzarella, in a brioche bun with onions, little gem, mayonnaise and banana ketchup. Served with pork chicharrones and coconut vinegar.

Adobo, considered the unofficial national dish of the Philippines, is a rich and succulent pork dish originating from indigenous cooking methods. Traditionally the pork is marinated in cane vinegar, soy sauce and garlic which is then browned in oil and simmered in the marinade.

Home of dishes such as Lechon suckling pig, Adobo, Kare Kare and Chicharron, the Philippines boasts a truly unique cuisine derived from the traditional Spanish fiesta. Punchy flavour, varied meat and lots of it. Richard immersed himself in all the techniques and flavours that Philippines cuisine offers – meeting street vendors and local chefs, discovering dishes both simple and elaborate, indigenous and foreign-influenced.

Richard has held Head and Executive chef position in a number of London’s restaurants and has, over the years successfully opened nearly twenty restaurants as a chef consultant. Apart from being Hawksmoor Executive Head Chef, he has recently brought Meatopia events to the UK, co-owns Turner & George butchers and PittCueCo. Richard’s first solo cookbook, Hog: Proper pork recipes from the snout to the squeak was published in April 2015.

The Filipino Burger (£13) – A grilled pork pattie, topped with Richard’s own take on traditional pork Adobo and Buffalo Mozzarella

This project was done in collaboration with following partners: