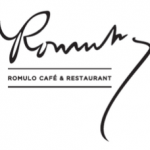 Back in 2014, frustrated that Filipino cuisine was Asia’s best kept culinary secret, Rowena Romulo decided to do something about it. The result was Romulo Café. Opened in Kensington High Street in March 2016, it was an overnight sensation, seducing the capital with its food – and its ambience. Some three years and countless awards later, Rowena and managing partner Chris Joseph have decided that rather than sit on their laurels, it was time for their creation to undergo a subtle reinvention.

Officially reopening its doors on the evening of Friday 26th July, and henceforth known as Romulo Café & Restaurant to further emphasise its fine Filipino dining credentials, guests here will discover a revitalised offering that still keeps the heart and soul of the original.

The interiors have been refined by the design team at award-winning agency Cada (Fortnum & Mason, The Dorchester, The Shard).

The first thing guests will see on entering is a reconfigured layout. The front and back sections of the restaurant are now a cohesive whole, while the striking new bar, with its brushed satin champagne nickel edge and skirting, has been moved, allowing for tables to be positioned in the window.

Taking as their starting point the restaurant’s heritage, but ensuring classic elements are used alongside the contemporary, the designers have further reinvigorated the space with geometric black and white wallpaper panels which form a spiritual link between London and the Philippines, as this is the signature style of the three Romulo restaurants in Manila.

A palette of greys, whites and light blues with strong accents of lime green, new lighting and reupholstered banquettes – also in lime green – are offset by beautifully reframed historic photos and documents featuring Rowena’s Pulitzer Prize-winning grandfather, the late General Carlos P. Romulo, who was the inspiration for all of the family’s restaurants.

Externally, the restaurant façade comes to vibrant life too with its canopy, signage and balustrades, all in the same striking lime green.

Complementing the interiors is a new menu that keeps all the existing favourites and signature creations but in a more pared down form.

In addition, Romulo Café & Restaurant is delighted to announce the launch of its new prix fixe lunchtime menu from Monday to Friday, 12pm to 3pm. Featuring two courses for just £12.95 or three for £15.75 – and dishes of the calibre of Ilocos-style miki noodle soup, grilled pork belly barbecue and mango float ice cream – this is not only a great value ‘express’ offering for time-pressed diners, but a fantastic introduction to Filipino cooking for those unfamiliar with the cuisine.

Created by executive chef Jeremy Villanueva, all dishes continue to be made with the finest seasonal ingredients sourced from such renowned local suppliers as Dingley Dell Pork.

A carefully curated selection of Old and New World wines and Romulo’s celebrated collection of Filipino-inspired cocktails will continue to complement the dining experience.