Shopping is more fun in the PHL, say tourists 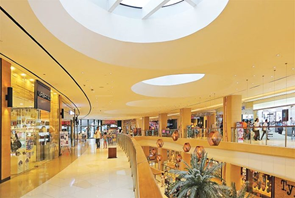 In Photo: Shops at the Uptown Mall in Taguig’s Bonifacio Global City are seen in this file photo. According to the Department of Tourism’s Visitor Sample Survey, shopping—whether in sleek malls like Uptown or more low-end flea markets—topped the list of preferred activities by tourists visiting the country.

Shopping tops the list of tourist activities in the Philippines, a survey of foreign visitors last year by the Department of Tourism (DOT) showed.

The Visitor Sample Survey, a copy of which was obtained by the BusinessMirror, polled some 15,000 respondents from the top 12 tourist source markets of the country from January to December 2017. They were asked the question: “What other activities did you actually do aside from the main purpose?”

According to the survey, 38.2 percent of total respondents said they shopped in the Philippines, followed by sightseeing at 26.7 percent, nature and adventure at 10.5 percent, total sports 7.8 percent, beach holiday at 4.2 percent, total cultural at almost 3 percent, others (pleasure or vacation) at 2.05 percent, scuba diving at some 2 percent, investment opportunities at some 1.8 percent and to visit friends/relatives at 0.94 percent.

DOT Spokesman and Undersecretary for Tourism Development Planning Benito C. Bengzon Jr. expressed optimism that the current value of the Philippine peso versus the greenback “will likely encourage our foreign visitors to shop or spend more in the country, because of the purchasing power that this will give them. From the perspective of a tourist or a visitor, spending comes easy when you are in a country with a local currency with a value lower than that of the country where you came from.”

He added this is one of the many reasons “Leisure, Entertainment, and Shopping tourism is among the nine tourism products offered to our guests. Interestingly, strong or weak peso, this continues to be one of the most marketable among the tourism portfolio of the Philippines.”

He noted in the DOT’s promotions abroad, “we sell the  Philippines as a country where you can get anything you need—from the posh boutiques in Makati and BGC [Bonifacio Global City] to the tiangges [flea markets] in Greenhills.  This probably  explains why high-end buyers from Europe and bargain hunters from Asia and other parts of the world flock to the Philippines—because we have established our reputation as a “value-for-money  destination.”

The DOT’s survey also showed tourists from India, at 57.14 percent of their respondents, enjoyed the most shopping in the country, followed by tourists from Japan at 46.11 percent, Malaysia at 42.5 percent, Canada  at 41.4 percent, Hong Kong at 39.1 percent, South Korea at 38.5 percent, the United States at 38.4 percent, Singapore at 37.8 percent and the United Kingdom 34.2 percent.

A separate visitor sample survey, also conducted in 2017—this time of some 20,000 respondents—showed some 52 percent were in the Philippines mainly for pleasure or vacation (“What is the main purpose of your visit to the Philippines?).” This was followed by 21 percent of respondents who said they were visiting the country for business/professional work; some 21 percent were also here to visit friends and relatives, while 2.6 percent were in the country for studies.

Only 0.6 percent of the respondents were in the Philippines for MICE (meetings, incentives, conventions and  exhibitions), which is one of the key areas that the DOT has been trying to focus on and promote to markets abroad.

In January the DOT led the launching of MICE Road map 2030, a multisectoral plan aimed at re-establishing the Philippines as a top international convention destination, as well as a flourishing business and trade hub in the Asia-Pacific region.

The road map targets an increase in the gross value added of the MICE industry by P1.4 billion, an improvement of the average rate in delegate expenditure per meeting by 19 percent, some P25 billion in MICE revenues, an increase of at least 100,000 square meters in exhibition space and a 3-percent per-annum increase in the number of MICE arrivals, all by 2030.

MICE is among the country’s nine tourism products under the National Tourism Development Plan from 2016 to 2022.

Bengzon said the MICE industry has a high growth potential, with the Globex 2017 Report showing that the Philippines is the fastest-growing trade fair market in Asia in 2016: space sold jumped to 9.6 percent, and a MICE delegate spends nearly six times more than what an average leisure tourist spends.