The Philippines Takes Over London Waterloo

The station domination began with the Philippines featuring a special immersion zone at the station that gave the commuters a taste and feel of the country’s beauty and its promise of a “more fun” overall experience when they travel to the Philippines .

Commuters received instant prizes and had the chance to win a holiday to the Philippines in three fun ways. One, by taking “foot selfies” using floor stickers mapped around the station concourse. Second, by taking part in the 3D selfie stand, and lastly, by experiencing the Philippine islands in the virtual reality pods with 360 images taken by Philippines’ very own Rommel C. Bundalian.

“The tourist arrivals to The Philippines for 2016 has already reached record numbers this year, growing by over 20% in February alone, and with such a vast variety of cultural and musical events, adventure and beach holidays and the Philippines being home to the most beautiful island in the world – Palawan – we are sure that there are many reasons to keep coming back to the Philippines”, –Gerard O. Panga,Tourism Attaché and Director for Northern and Southern Europe.

The Philippines London Waterloo Station Domination also launched the Visit the Philippines Again 2016 monthly holiday competition which draws one lucky winner each every month among those who engage in our campaigns.

The very first winner was chosen from commuters who participated in the activity held at the station last 23rd to 30th of April. At stake for the ‪#‎VPAHolidaysUK‬ competition was a package for two that includes a 6nights/7days holiday to Bluewater Maribago Beach Resort in ‪#‎Mactan‬ ‪#‎Cebu‬, Bluewater Panglao Beach Resort [Official] in ‪#‎Panglao‬ ‪#‎Bohol‬ and Dusit Thani Manila in ‪#‎Makati‬ plus a roundtrip ticket from London to Manila via Philippine Airlines. The extremely lucky winner was Mr. Mike Tutton who works near Waterloo Station.

” I was just walking at the station with a mate who needed to get his money changed, so I went to have my photo taken while he did that. I have never won anything in my life this big, so thank you.” – Mike Tutton (month of May #VPAHolidaysUK winner)

Want to win a holiday to the Philippines? be ready every 20:16hr during the 16th of every month for the whole year of the “Visit the Philippines Again 2016” campaign, one lucky winner will be chosen from our social media likes, followers, email address subscribers and entries taken from our on-ground activities. All you have to do is keep sharing, posting and engaging in our campaigns using #VPAHolidaysUK and that’s already a competition entry.

And remember, don’t be disappointed if you didn’t win this month, your entry is good for the rest of the year. So, keep on sharing! Good luck! and as they say ‪#‎itsmorefuninthephilippines‬ ‪#‎VisitPHagainUK‬ ‪#‎flyPAL‬. 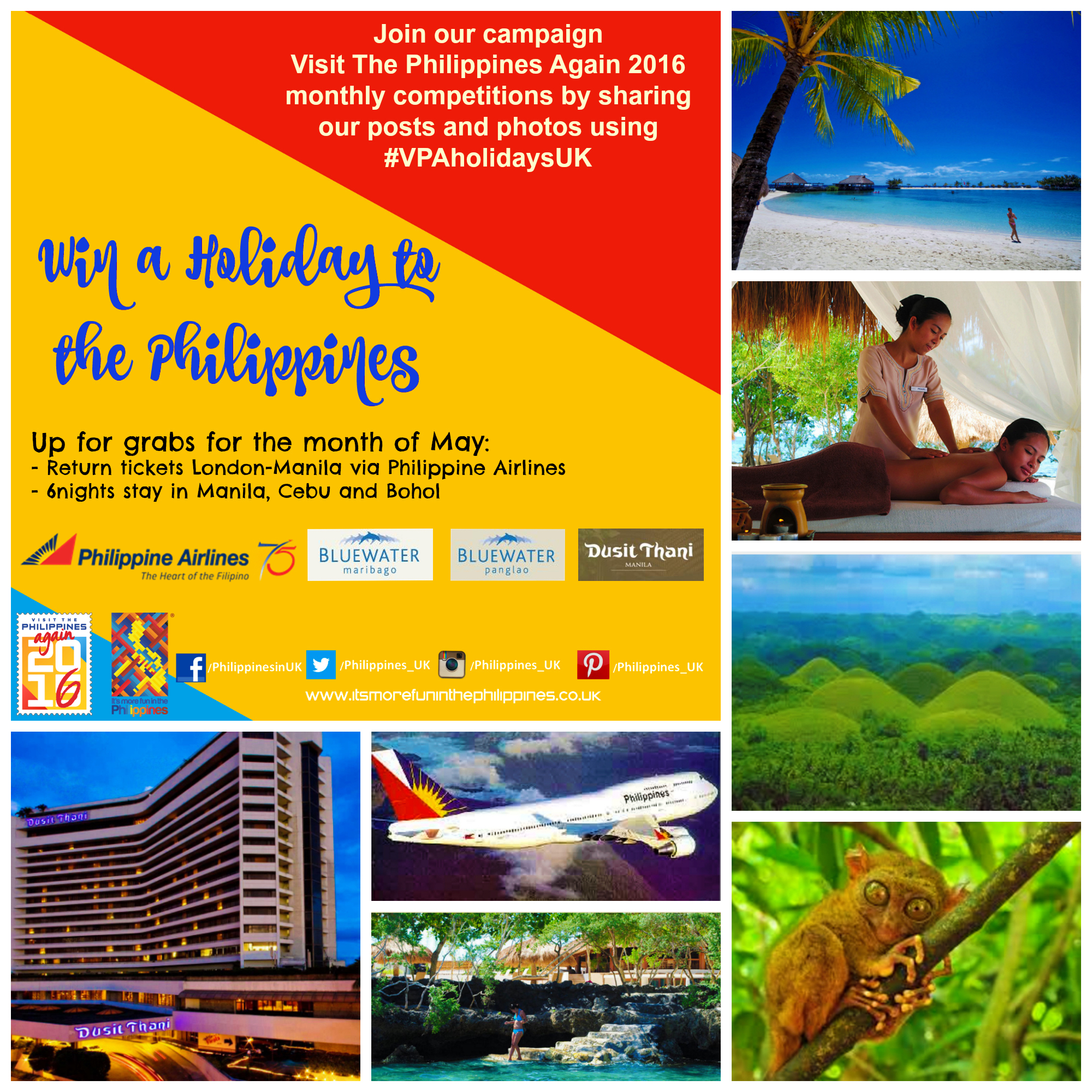 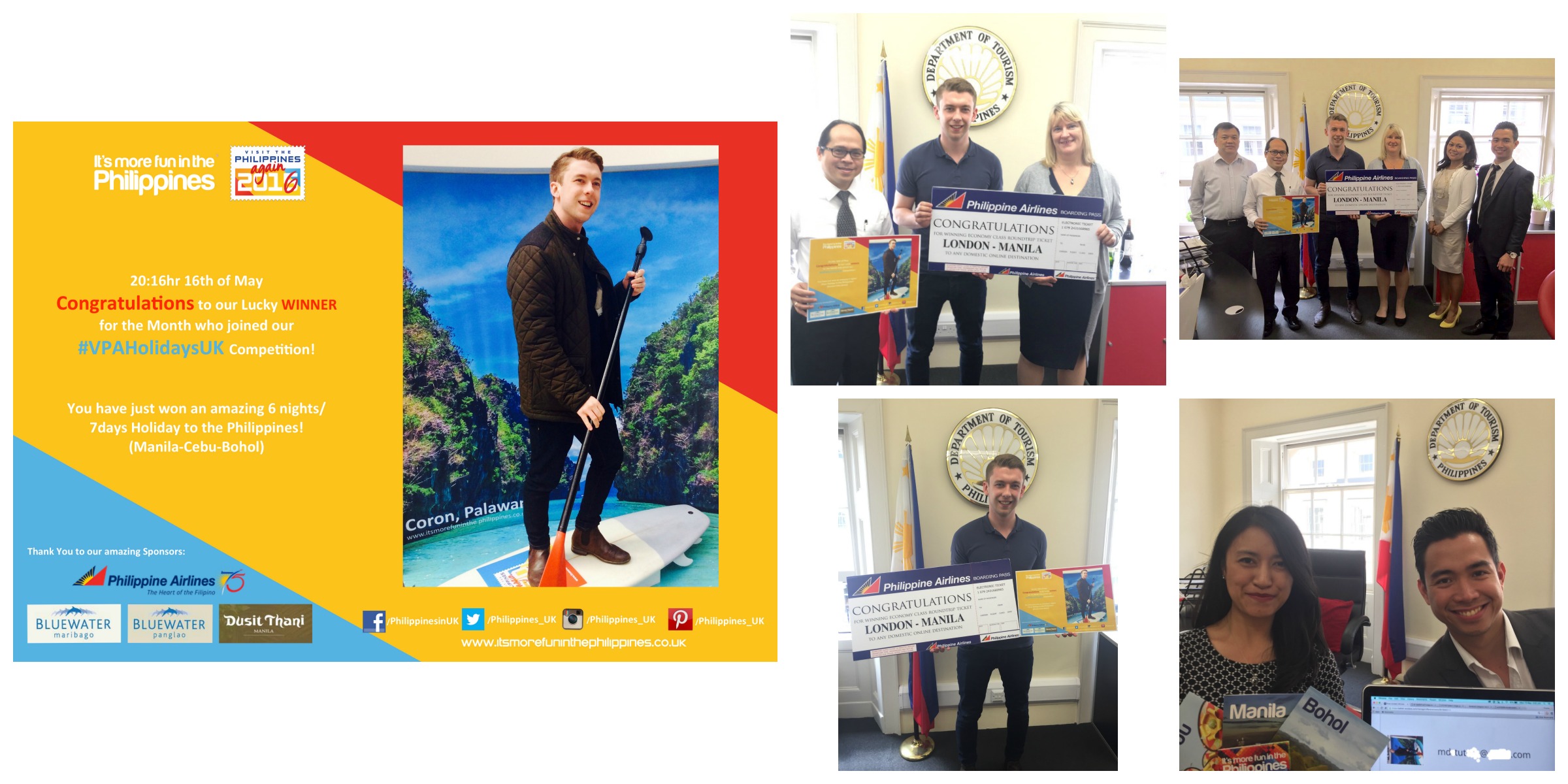 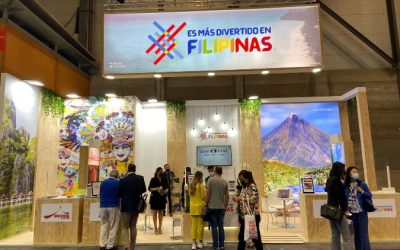 The Philippine Department of Tourism (PDOT), in collaboration with the Philippine Embassy in Madrid, is leading the country’s participation in FITUR 2021, the most important travel trade and consumer event in Spain.

END_OF_DOCUMENT_TOKEN_TO_BE_REPLACED 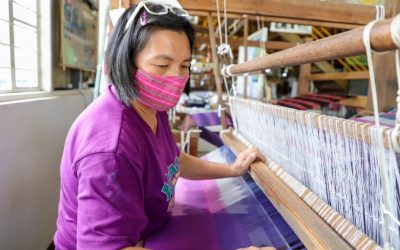 With over 7000 islands, the Philippines is famous for its beautiful beaches and natural wonders. Discover the must see destinations for your next trip.

END_OF_DOCUMENT_TOKEN_TO_BE_REPLACED

Coconut bowls, as displayed by locals around Siarg