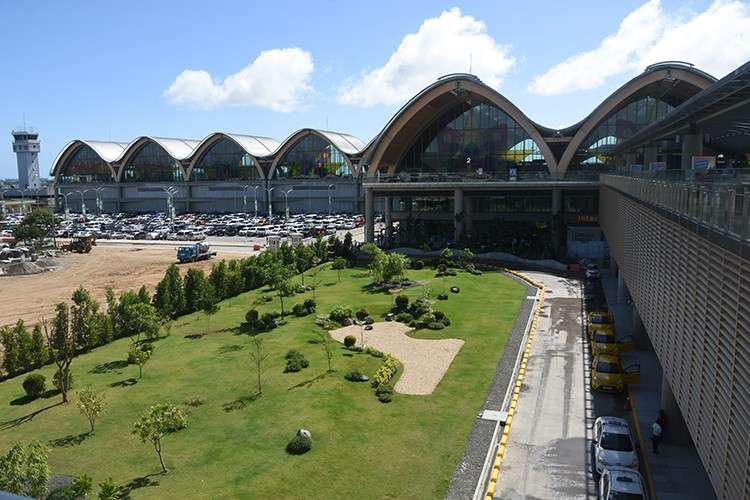 The industry, according to stakeholders, experienced an unabated climb in tourism numbers, thanks to the opening of the Terminal 2 (T2) of the Mactan-Cebu International Airport (MCIA).

“If there’s one big thing that happened in 2018, it is the opening of T2, and it helped spur growth in Cebu,” said Department of Tourism (DOT) 7 Director Shahlimar Tamano.

Records from MCIA show that from January to September this year, international passengers stood at P1.409 million, up by 22.7 percent from 1.148 million in the same period in 2017.

According to Tamano, the increased connectivity from countries like Korea, Japan and China triggered high tourism traffic to Cebu. He said the warm diplomatic ties between the Philippines and China have brought in a number of significant developments, including tourism.

“China as tourism market for the Philippines actually came in late. Our neighboring countries like Thailand have long been enjoying their big volume of arrivals, but we are happy we are already starting to attract them,” said Tamano.

Arrivals from China to the Philippines in the first three quarters of 2018 reached 972,550, making it the country’s second largest source market, with a high-speed growth of 34.9 percent.

Tamano believes China is a stable tourism market. In fact, he said destinations around the world are fighting to get a good slice of China’s outbound market.

In 2016, there were 135 million Chinese outbound travelers, up by six percent from 2015, according to the United Nations World Tourism Organization. The China outbound tourism market is expected to hit the $500-billion mark by 2024.

Starting Jan. 22, Cebu’s connection to China will get a boost, as China Southern Airlines connects Cebu to Guangzhou, China with a three times per week flight.

For the National Economic and Development Authority (Neda) 7, tourism was Central Visayas’ major economic driver for the year.

Neda 7 Director Efren Carreon said the region is blessed to have diversified industries, such as tourism, which made the region achieve a resilient regional economy despite the high inflation rate and other economic disturbances.

“Based on our third quarter assessment for tourism, we have double-digit arrivals for both domestic and international tourists. This is, of course, due to the promotions of public and private sectors, plus the opening of the T2 and the opening of the Panglao International Airport in November,” said Carreon, adding that these big-ticket infrastructure projects are poised to bring in more high-spending tourists to the region.

Besides the opening of these gateways, the closure of Boracay Island also brought in big arrivals and receipts for Cebu.

“2018 was a banner year for all tourism establishments, especially resorts and hotels,” said Carlo Suarez, president of Hotel, Resort, and Restaurant Association of Cebu.

Taking into account the small hotel players, Cebu’s accommodation sector logged an average occupancy of 70 percent this year, according to Suarez.

He credited the healthy occupancy to the additional flights, T2 opening and the Boracay closure.

“It was a happy problem for Cebu. We are just happy at how quick the stakeholders were able to accommodate or absorb the diverted guests,” he said, referring to the Boracay closure, which compelled tourists to divert their plans to Cebu and other neighboring islands.

In her recent visit to Cebu, Tourism Secretary Bernadette Puyat credited Cebu’s quick response during the six-month Boracay closure, saying that if it weren’t for the proactive stance of the stakeholders, the country might stand to lose huge arrivals and receipts.

Suarez added that besides the improved connection, Cebu also opened new theme parks like Anjo World and Cebu Safari and Adventure Park, attracting tourists to extend their stay in Cebu.

The government has recognized tourism as a critical support industry as far as livelihood is concerned.

The high influx of tourists also encouraged real estate developers to expand their presence in Cebu.

GMR-Megawide Cebu Airport Corp., likewise, announced it will be putting up a 400-room airport transit hotel starting next year, in anticipation of the high arrivals in the years to come.

However, Cebu Chamber of Commerce and Industry president Antonio Chiu hopes that next year, the industry will also take into account environmental consciousness.

Chiu said business owners should do their share in preserving the environment.

“We have to be mindful of the environment. Too many tourists will destroy your beaches in the long run,” he said.

Chiu said that current infrastructure and developments should be able to accommodate the growth of tourists coming to Cebu, after the opening of more international flights.

“We just opened a brand-new airport this year and the growth potential is still there. The only problem we have is we lack hotel rooms and our roads are super congested now,” he said.

“I think we have to pause a little bit until our infrastructure is in place; otherwise, you will discourage a lot of tourists from coming here,” Chiu added.

Chiu called for more efforts to preserve the environment.