Win a Holiday to the Philippines at King’s Cross Station 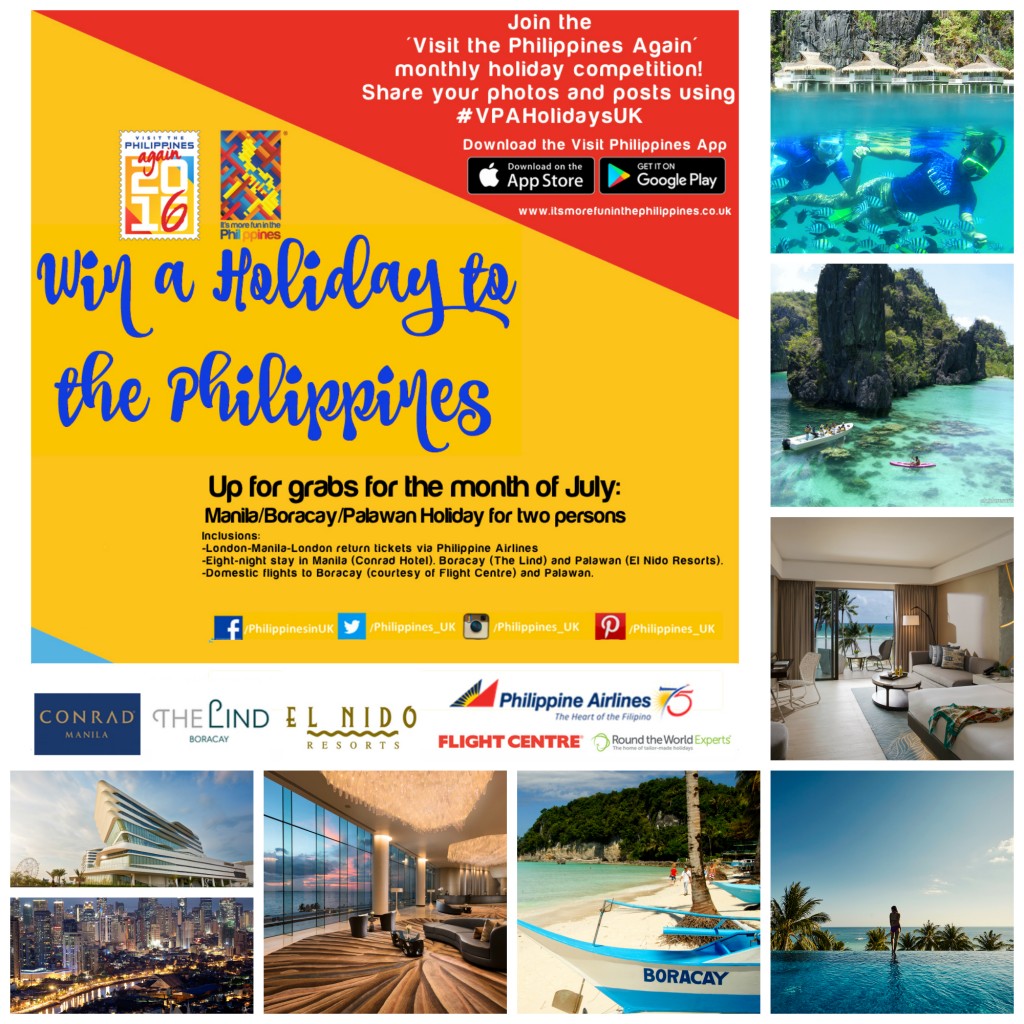 During the King’s Cross domination project, consumers will have the opportunity to win a 9-day luxury holiday for two to the Philippines. The winners will initially stay at the exclusive five-star Conrad Manila Hotel followed by a selection of luxurious accommodations at two of the most beautiful island destinations, El Nido Resorts and The Lind Boracay. Patterned after Round the World Expert’s “Discover the Philippines” package, the prize also includes international return flights to the Philippines courtesy of Philippine Airlines as well as domestic return flights to Boracay by Flight Centre. Philippine Airlines, on its part, is supporting the campaign by offering special fares and international air tickets for more competitions as part of their 75th anniversary.

Consumers can enter the competition during the station domination project by taking a picture of themselves (or elements of the campaign) at experiential zone at King’s Cross station and uploading it to social media with the hashtag #VPAHolidaysUK. Alternatively, they can download Visit Philippines mobile app or simply enter via the official website at the following link:

(More information can be found on www.Facebook.com/PhilippinesinUK)

Winner of the competition will be announced on the 16th of August. Instant prizes will also be available daily during the Kings Cross takeover campaign, with social media live updates to follow.