All you need to know about Davao & Camiguin

Mindanao’s capital – and the country’s third most populous city – vibrant Davao City has plenty of cultural, foodie delights and beaches just waiting to be discovered before you head to the island-province of Camiguin.

As well as its tropical beaches, the latter is best known for its Mount Hibok-Hibok Protected Landscape of interior forest reserves (designated an ASEAN Heritage Park) and for its three National Cultural Treasures.

Davao City’s Francisco Bangoy International Airport has flights from Singapore, Hong Kong, Doha and Quanzhou, as well as internal flights. Other domestic flights operate to and between several airports within Mindanao including the island paradise of Siargao. 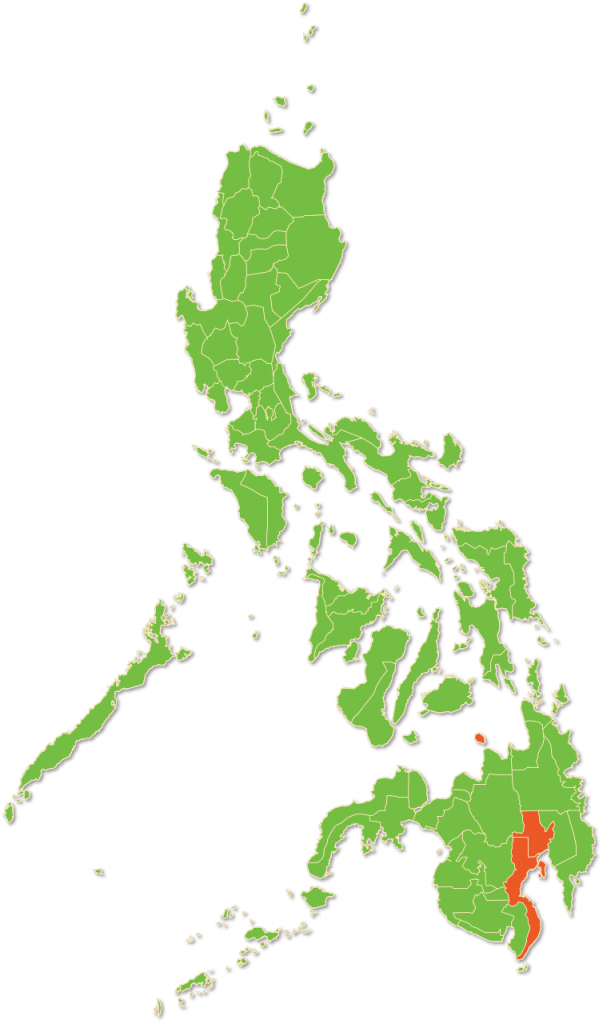 Hiking, diving, surfing and white-water rafting are just some of the exciting activities that await the adventurous in Davao Province and Camiguin, although wildlife encounters and visits to natural sites are high on the agenda too. Beaches promise relaxation, as do the likes of yoga and meditation with their associations with the Hindu-Buddhist traditions that influenced local life during the classic epoch of Philippine history.

You might also consider a day-trip or overnighter to Lake Sebu a 4hr bus-ride (145km) southwest of Davao City – a growing ecotourism and adventure-sports destination as well as home to the T’boli and Ubo tribes.

Davao province and the region of Mindanao as a whole have a rich cultural mix, being home to the Philippines’ largest Muslim community along with Roman Catholics and 18 tribal Filipino groups. In Davao City, you’ll find Christian churches and chapels alongside temples, mosques and other places of worship, a Chinatown and a Japanese presence, plus heritage sites including Davao Museum, the Mindanao Folk Arts Museum and the Japanese Tunnel (used by Japanese forces during World War II). Meanwhile, Camiguin’s reputation as a beach destination belies the cultural wealth evidenced by its many heritage buildings.

Davao is famed for its durian fruit, and Camiguin for its lanzones. You’ll also see lots of fresh tuna from General Santos City on menus. Davao City’s most popular dish is kinilaw, a kind of vinegar-marinated ceviche with tuna, mackerel or swordfish, cucumber (and sometimes radishes) and chilli. Camiguin is a good place for both local and international dishes, with a wide choice for vegans.

With an average daily high of 33°C, tropical Mindanao is one of the warmest regions in the Philippines, with high humidity and rainfall. The wet season is July to October; the least rain falls from December to April.

Check out the weather today in Davao City

Top 10 things to do in Davao & Camiguin

Trek to the top of Mount Apo in Davao province – the Philippines’ highest peak, at 3,144m, or the UNESCO listed Mount Hamiguitan (1,620m).

Between Davao and the Cagayan de Oro, swim in Blue Water Cave in Bukidnon, and rappel, climb and spelunk nearby.

Go white-water rafting in the Cagayan de Oro River with its electrifying rapids.

Immerse yourself in nature at Tuasan Falls on Camiguin island, a lovely spot to swim.

Dive or snorkel at sites suited to all levels, especially those around Camiguin Island.

Where to stay in Davao and Camiguin

Davao City: has a wide choice of clean modern accommodation, ranging from luxury to budget options, both around the airport and in the city centre – in the latter, the People’s Park area is a lively hub.

Camiguin: offers beach resorts, eco-retreats, cabins, cottages, villas, lodges and guesthouses, most of them clustered on the north coast within easy reach of the airport and all of them excellent value when compared with their equivalents in the West. 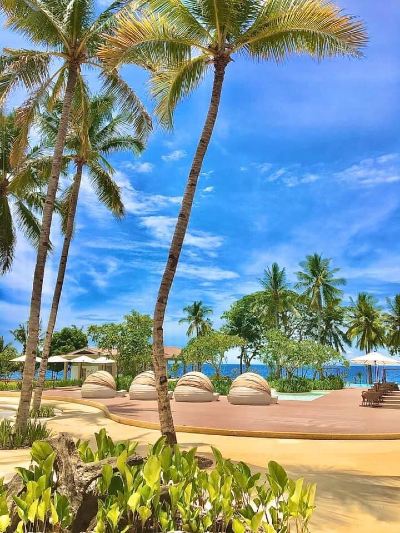 Davao City’s Francisco Bangoy International Airport has flights from Singapore, Hong Kong, Doha and Quanzhou, as well as internal flights. Other domestic flights operate to and between several airports within Mindanao including the island paradise of Siargao. Camiguin can be reached by air from Cebu in 50mins.

There are ferries to the region from Luzon and the Visayas, and from Malaysia and Indonesia.

Long-distance buses are available to Davao and other destinations in Mindanao from Manila. Onward journeys within the region can be made by long-haul buses or for shorter distances, there are the usual jeepneys and taxis. From Davao City, buses take you to Cagayan de Oro (260km) in about 7hrs 30mins and on the island, there are motorbikes, multicabs and vans to hire to explore, as well as public transport.

Wake up in Davao & Camiguin 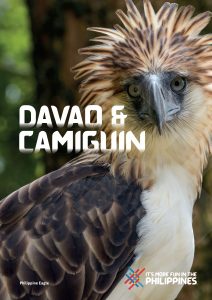 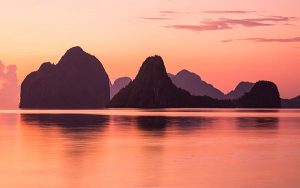 If you’ve only got time for just one of the Philippines’ tropical destinations, Palawan is it. This eight-day tour brings you to the best of the province from El Nido’s stunning karst stone formations to its turquoise waters and colourful marine life. 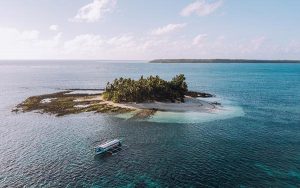 Thousands of islands scattered around azure blue waters, eternally warmed by the tropical sun. Add to this happy-go-lucky people, incredible natural wonders and a lifestyle of festivals and music and you have an intriguing recipe for enjoyment and relaxation. 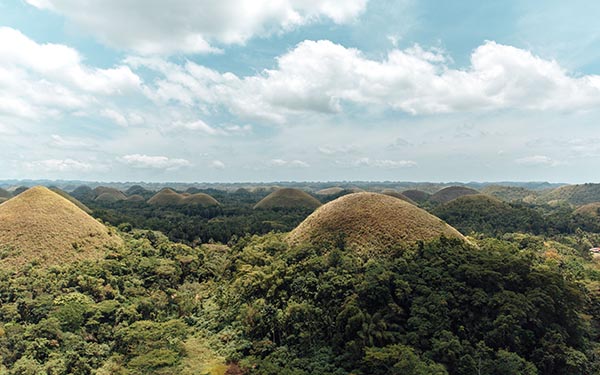 Can’t decide between nature and beach – this itinerary is perfect for you. Combine the limestone karst scenery of Palawan, staying at El Nido, with the jungle island of Bohol, Chocolate Mountains, local villages and the unique Tarsiers.

People are becoming more and more curious about th