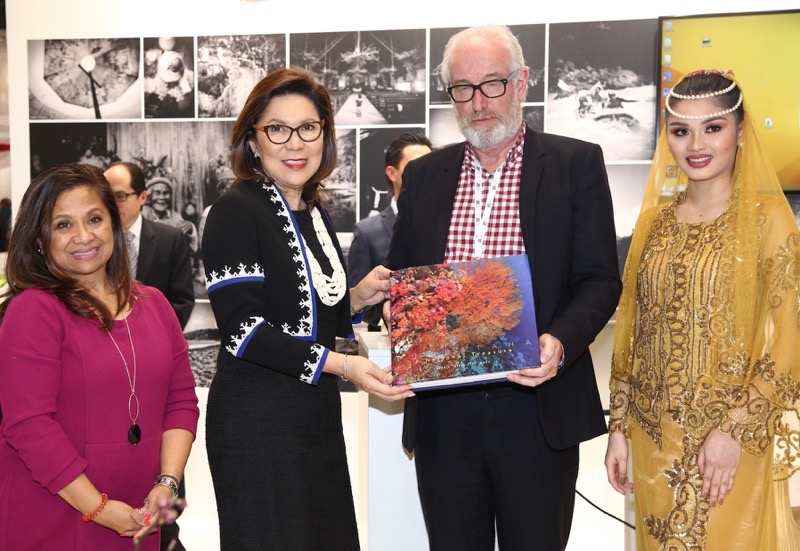 “This book encapsulates the depth and breadth of our magnificent and rich marine heritage, and strongly amplifies our country’s proud position as the center of marine biodiversity.  More than enticing global divers to enjoy this God-given gift, this book will drive forward our advocacy on environmental conservation and protection.” Secretary Teo said  at the ExCel Convention Centre in London on 08 November 2016.

According to her, the Department of Tourism (DOT) is doubling its efforts to position the Philippines as a sports tourism hub, banking on the country’s growing niche markets such as diving and marine sports.

While latest data from DOT show that the Philippine diving industry only makes up 1.7 percent market share of the 7.3 million active divers worldwide, country draws a strong following from diving enthusiasts and environment advocates for possessing  97,030 hectares of waters and reefs comprising Southeast Asia’s only purely marine UNESCO World Heritage Site. The country is also proud for it being declared an ASEAN Heritage Site and a Flyway Network Site.

The Tubbataha Reefs Natural Park was established in 1988 by then Philippine President Corazon Aquino. It exists as a wonderful testimony of biodiversity being home to 600 species of fish, 360 species of corals (half of all the coral species in the world), 21 species of sharks, skates and rays, 13 species of dolphins and whales, and two of seven species of marine turtles, namely the hawkbill and green.  It is also an important source of livelihood and is a revenue generator being a leading dive tourism site.