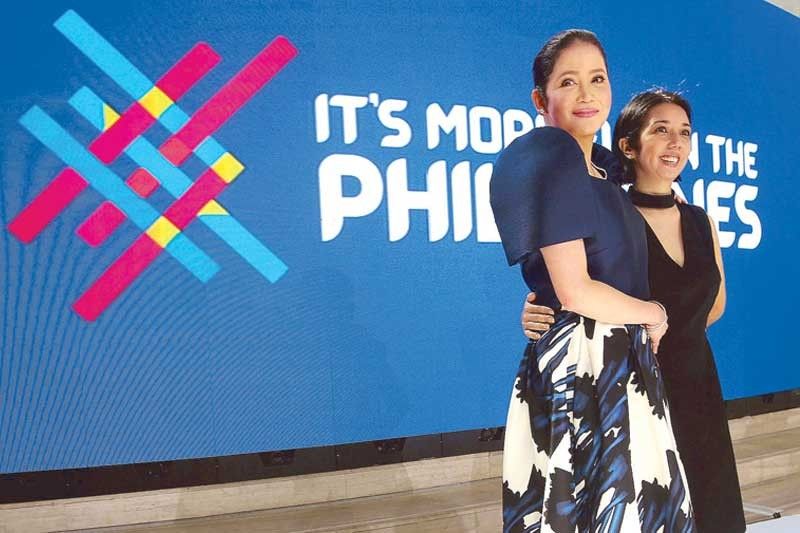 MANILA, Philippines — “It’s a 100-percent crowd-sourced campaign made entirely by people who have experienced first hand why it’s more fun in the Philippines,” Tourism Secretary Bernadette Romulo-Puyat said as she led the launch last Monday of a new “It’s More Fun in the Philippines” ad, which only uses real images, footage and reviews shared online by tourists, telling stories that are truly authentic.

The refreshed crowd-sourced “It’s More Fun in the Philippines” campaign is seen to help the country promote lesser known or emerging tourism destinations, an official of the Department of Tourism (DOT) said.

“It gives us a good opportunity to feature emerging destinations, of course to make sure we maintain that optimum balance between economic activities and sustainable development,” tourism undersecretary and spokesman Benito Bengzon Jr. told reporters.

Puyat said there were 4.3 million photos online with #It’s More Fun in the Philippines as of the launch of the refreshed campaign.

In a television interview Tuesday, Puyat said these photos reached 5.4 million after the DOT launched the campaign.

The DOT emphasized that the tourism campaign is grounded in its push for sustainability as zero commissioned footage equals a smaller carbon footprint.

“Instead, the supplied images were recognized through contributions made towards the preservation of the Philippines’ natural resources,” the DOT said.

It added that by using 100 percent crowd-sourced material, everyone who took part has helped create the country’s most sustainable tourism campaign to date.

“With more and more travelers conscious of their ecological footprint, they  simply want to know how they can give back. The time is right for repurposing of the word ‘fun.’ After all, working with what we have is the essence of sustainability,” Puyat said.

Earlier, Puyat said the launch of a refreshed “It’s More Fun in the Philippines” campaign is one of the factors that will help the country reach its target of 8.2 million foreign tourist arrivals for this year.

“When we asked if we could share their photos in our commercial, they actually said it would be free. But we want to pay them $10 per photo but we will donate it to the WWF. Because the WWF is for saving the environment, so its very fitting that we donate to it,” Puyat said.

The tourism secretary said the new commercial is just the first of many crowd-sourced content the DOT plans to release.

She urged everyone to continue sharing why it’s more fun in the Philippines by posting photos online.

“At the heart of the relaunch is an invitation for Filipinos and foreigners alike to ‘Be Part of the Fun.’ This call to action enjoins tourists to share more of their photos, videos and reasons why they like the country with #ItsMoreFunInThePhilippines in hopes of getting featured in upcoming advertising materials,” the DOT said. – With Ghio Ong