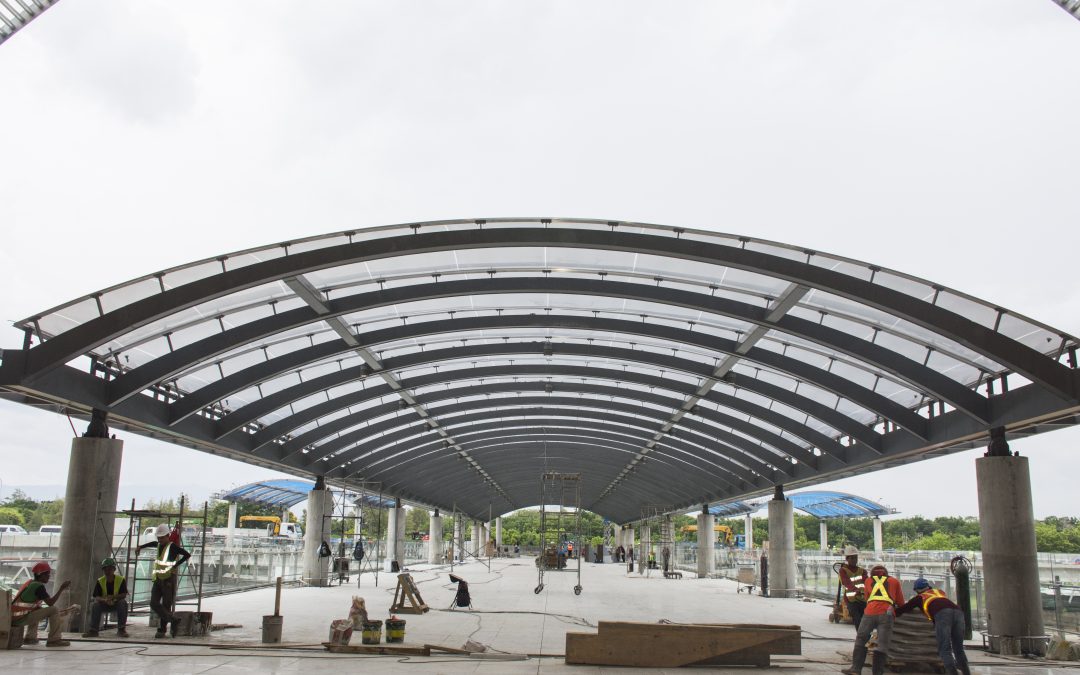 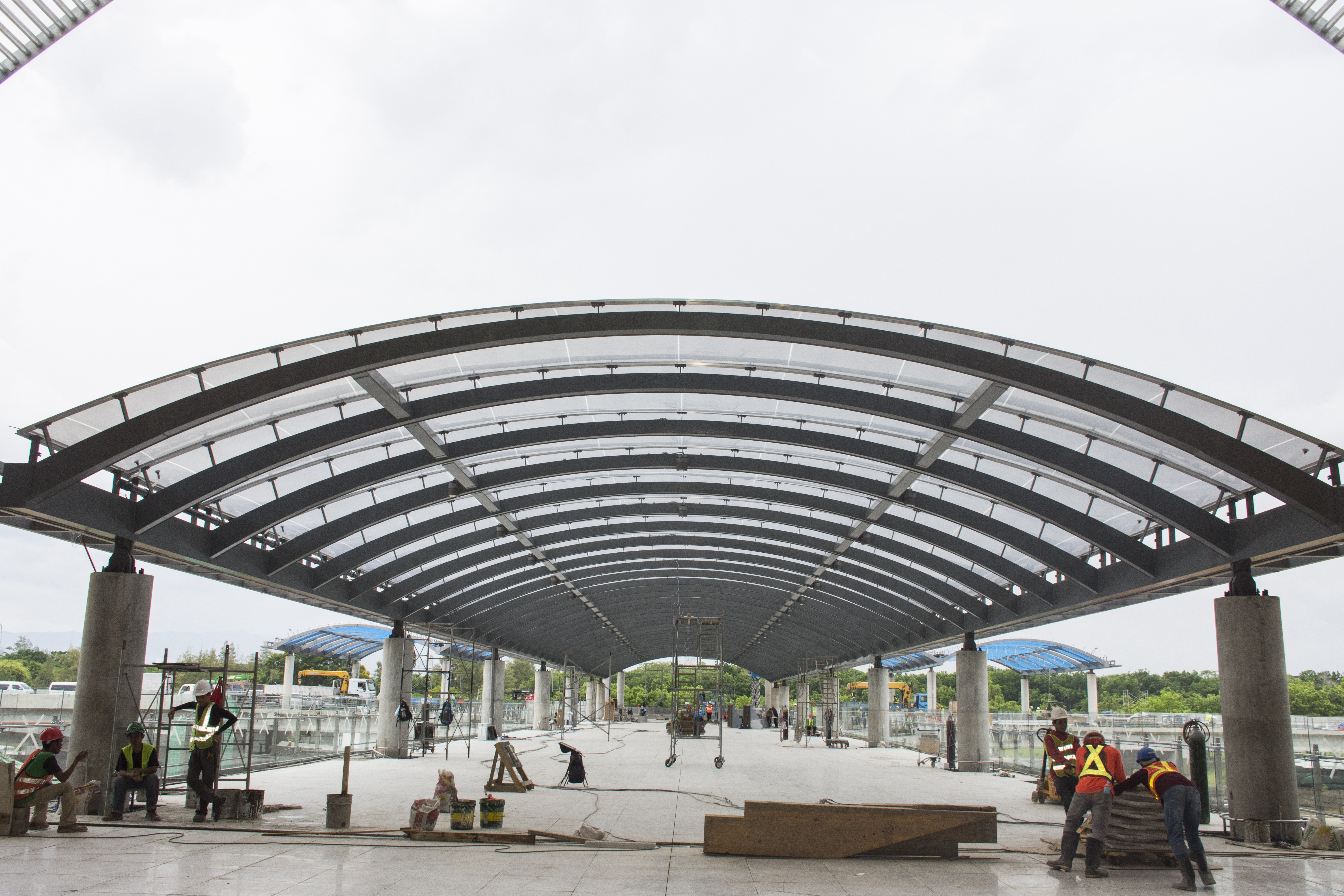 Lapu-Lapu City, Cebu – Representatives of government and the private sector, led by President Rodrigo Duterte, gathered today for the Inauguration of the Mactan-Cebu International Airport (MCIA) Terminal 2 (T2). The ceremony was held in the Departures area of the new 65,000 sq. m. terminal. President Rodrigo Duterte was Guest of Honor and Keynote Speaker of the event. MCIA is one of the flagship projects under the administration’s Build, Build, Build infrastructure program, and the first airport project to be inaugurated under President Duterte’s term. Louie Ferrer, President of GMR MEGAWIDE Cebu Airport Corporation (GMCAC), spoke about the company’s vision for T2.

“For the past years, MCIA’s demand has exceeded the physical capacity of its terminal. With the addition of Terminal 2, not only will we be able to sustainably cope with the steadily increasing number of passengers, we will also be able to open Cebu to more international flights.” The consortium of Filipino engineering and infrastructure company Megawide and leading Indian infrastructure company GMR officially took over landside operations of the MCIA on 1 November 2014 under a 25-year Build-Operate-Transfer agreement. They broke ground for the construction of Terminal 2 on 29 June 2015. Srinivas Bommidala, GMCAC Chairman, also shared his perspective as a foreign investor in the Philippines.

“Terminal 2 is a testament to GMR Group’s credentials as a leading global airport developer and operator. We are optimistic about the Philippines’ growth story, specifically in aviation, and look forward to contributing further to its ongoing Build, Build, Build program.” The inauguration was one of this year’s most high profile events with guests from the public and private sectors, including top government officials, diplomats, business leaders, designers, and members of the press from Manila and Cebu. Representatives of MCIA’s airport community also attended the event. 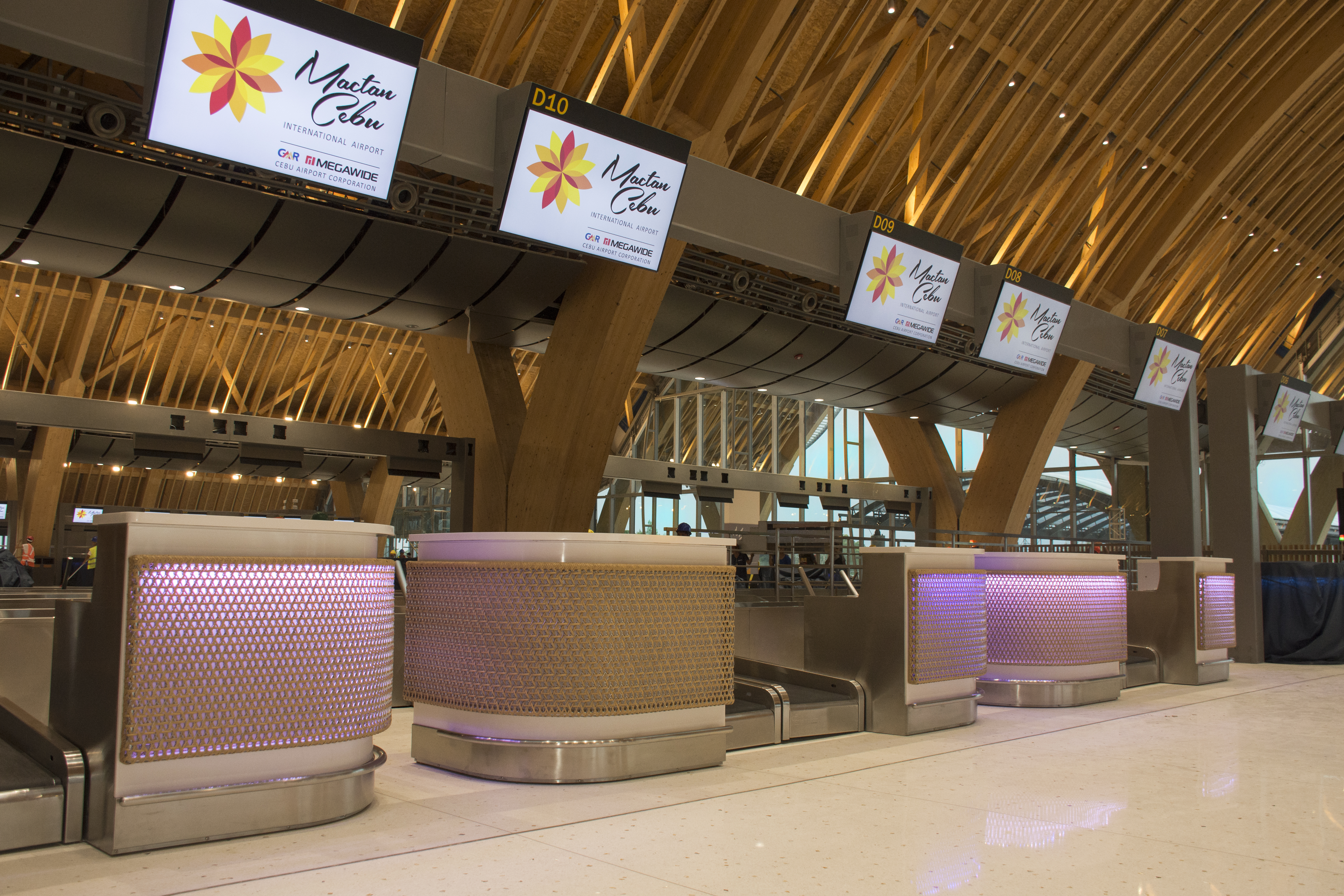 It will offer an exciting and wide-ranging retail environment with approximately 3,000 sq. m. of gross leasable area dedicated to commercial space for the convenience and leisure of passengers. It features a walk-through Duty Free that has a dedicated floor area of approximately 895 sq. m., making world-class shopping easy and accessible. Its design concept complements the look and feel of T2 to give a lasting, feel-good impression of the Cebu experience to tourists and business travelers. Meanwhile, the terminal’s F&B is operated by British company SSP Group, which also operates in some of the world’s busiest airports such as London’s Heathrow Airport, New York’s John F Kennedy International Airport, and Thailand’s Suvarnabhumi Airport. 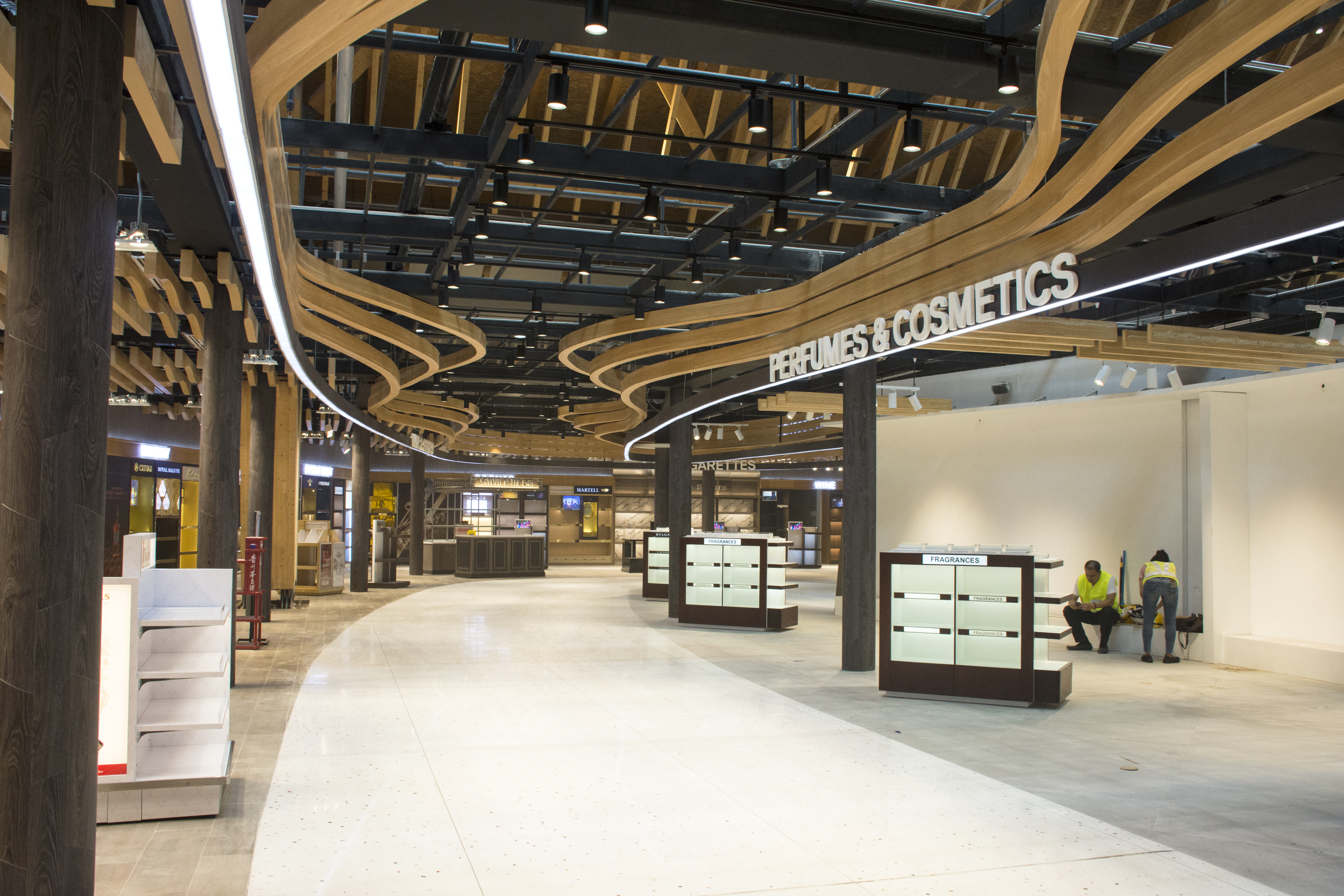 “Our airport community is committed to delivering a world-class travel experience to the public with our signature Filipino warmth,” said Ferrer. “We want the experience at the airport to be as positive and as memorable as its destination, Cebu.” 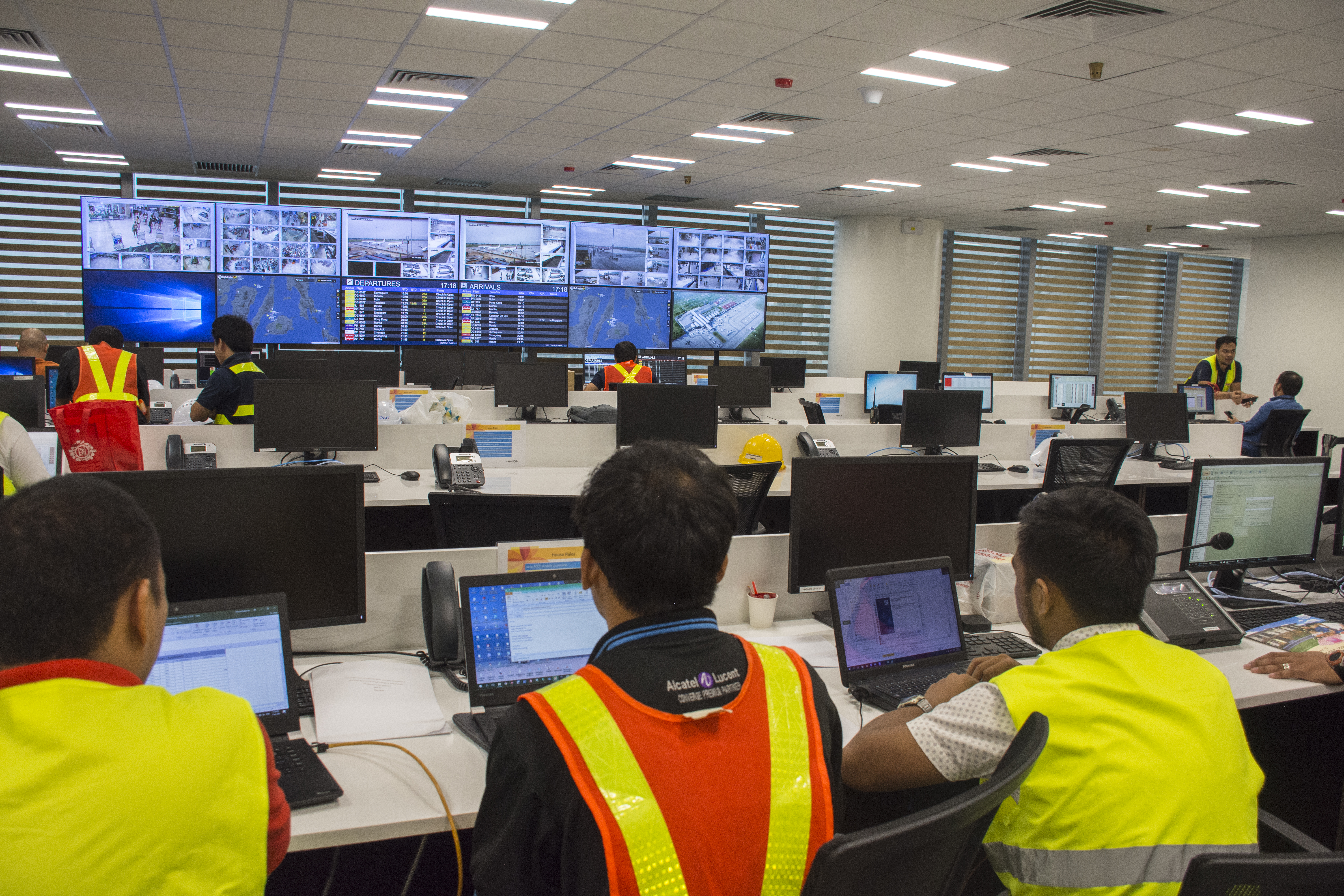 GMR-MEGAWIDE Cebu Airport Corporation (GMCAC) is a Filipino-led consortium managing the terminal operations and other related areas of the Mactan-Cebu International Airport. Under the Public-Private partnership framework, the GMR Group of India and the MEGAWIDE Construction Corporation joint venture, shall deliver a second terminal and rehabilitate the existing one to reduce congestion as well as meet the growing passenger traffic. GMCAC is undertaking this capital extensive project to provide a world class terminal airport with a welcoming ambiance that is distinctly Filipino. GMR-MEGAWIDE Cebu Airport Corporation took over the management of MCIA on November 1, 2014. The concession agreement will last for 25 years.