According to the 2014-2015 Medical Tourism Index (MTI) prepared by the International Healthcare Research Center (IHRC) and the Medical Tourism Association (MTA), the Philippines ranked as the eighth top medical tourism destination in the world. 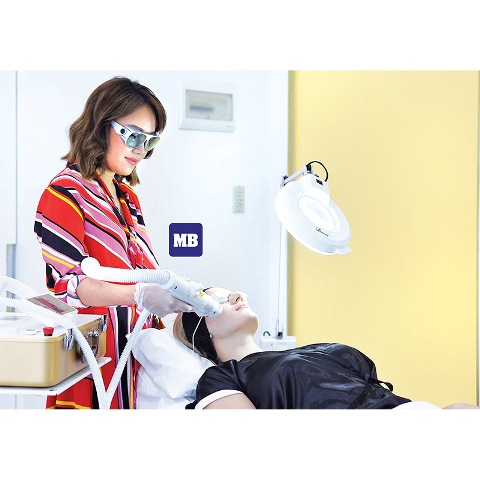 Conducted over a two-year period, the MTI measures a country’s viabil­ity as a medical tourism destination, looking at aspects like the quality of facilities, the destination environ­ment, and the overall medical tourism industry itself.

In the 2016-2017 global MTI, the Philippines ranked 19th in the world— besting Taiwan and Argentina, and next to Dubai, Jamaica, and Thai­land—and eighth in Asia, with an overall MTI score of 66.4. In the same period, Singapore ranked top in Asia, with a 73.66 MTI rating, followed by Korea with 70.16.

Globally, the medical tour­ism is estimated to be a $100- billion industry, with over 14 million people all over the world traveling to other countries in search of medical care, according to the MTA.

Despite this drop in ranking, the Phil­ippines remains among the world’s top medical tourism destinations, attracting a considerable number of foreign travel­ers. For Dr. Aivee Teo, co-founder of The A Institute, foreigners seek medical care in the Philippines because of our health­care practitioners.

“The Philippines has the best and the most caring people in the medical industry,” she explained. “Our medical teams — the nurses, the doctors — are all very efficient, are well-trained and, at the same time, are very caring and nurturing.”

For Dr. Z Teo, also a co-founder of The A Institute, the Philippines also has an edge in medical tourism when it comes to technology, particularly for the aesthetics and beauty sector. “The popularity of the Philippines as a wellness destination is growing,” he said. “We’re getting really cutting-edge technology.” The Teos believe that, at least when it comes to beauty and well­ness, the Philippines has a lot to offer medical tourists. Their obser­vations echo the findings of a study by management consultancy firm McKinsey and Company. Accord­ing to the research, 40 percent of medical tourists seek treatment in foreign countries because of advanced technology procedures, and 32 percent seek more human medical care, attention, and treat­ment.

“I decided to come to the Philip­pines after meeting Dr. Z in his clinic in Singapore,” says Bobby Tonelli, a Sin­gaporean actor and host who frequents The A Institute. “Manila is their main place of business where they provide a number of state-of-the-art services at a much more reasonable price. Here, they cater to a lot of foreign tourists [who are] looking for competent doctors at a more reasonable price compared to countries like Singapore. But even outside of pric­ing, their staff, the doctors, and facilities are at a five-star level. It helps that ev­eryone speaks great English.”

This proficiency in English and the considerably lower costs of medical services are, in fact, major factors that attract medical tourists in the country.

According to an analysis of the coun­try’s medical tourism industry by the Phil­ippine-Swiss Business Council (PSBC), the Philippines “is fast becoming an attractive destination for medical travel owing to the country’s wealth of inter­nationally-trained and English-speaking physicians, state-of-the-art facilities, and unique brand of Filipino hospitality that are offered at a fraction of the cost com­pared to developed countries.”
Cosmetic and dental surgery rank among the most popular procedures medical tourists seek in the country, the PSBC analysis noted.

“We are proud to say that we have growing number of aesthetic centers in our country like The A Institute of the Aivee Group, which has the most advanced and cutting-edge lasers and technology from all around the world,” said Department of Tourism (DOT) Sec­retary Bernadette Romulo-Puyat. “The technology and expertise are at par with the best in the region. We are also bank­ing on our internationally trained doctors, as well as our reputation in having the best nurses, medical technicians, and therapists in the world.”

Although the MTI ranking of the Philippines has dropped 11 levels in the past four years, from being eighth to being 19th, medical tourism continues to be a big industry. Still, there is work to be done to make sure that the industry grows and remains at par with the rest of the world — or, at least, with the Asia Pacific region.

“We can see that the Philippines has a big potential in the field of medical tourism. That’s why we are working toward having more internationally accredited hospitals and ambulatory clinics in the Philippines to attract more international medical travelers, as well as [launching] more campaigns in highlighting the Philippines as a potential medical tourism hub,” Sec. Romulo-Puyat continued, adding that the DOT, the Depart­ment of Health, and Department of Trade and Industry – Board of Investments, as well as the Department of Foreign Affairs, the Bureau of Immigration and the Manila In­ternational Airport Authority “are currently discussing how we could all work together to provide high-quality, seamless medical care facilitation, from the airport to the preferred hospitals or clinics [of medical tourists].”